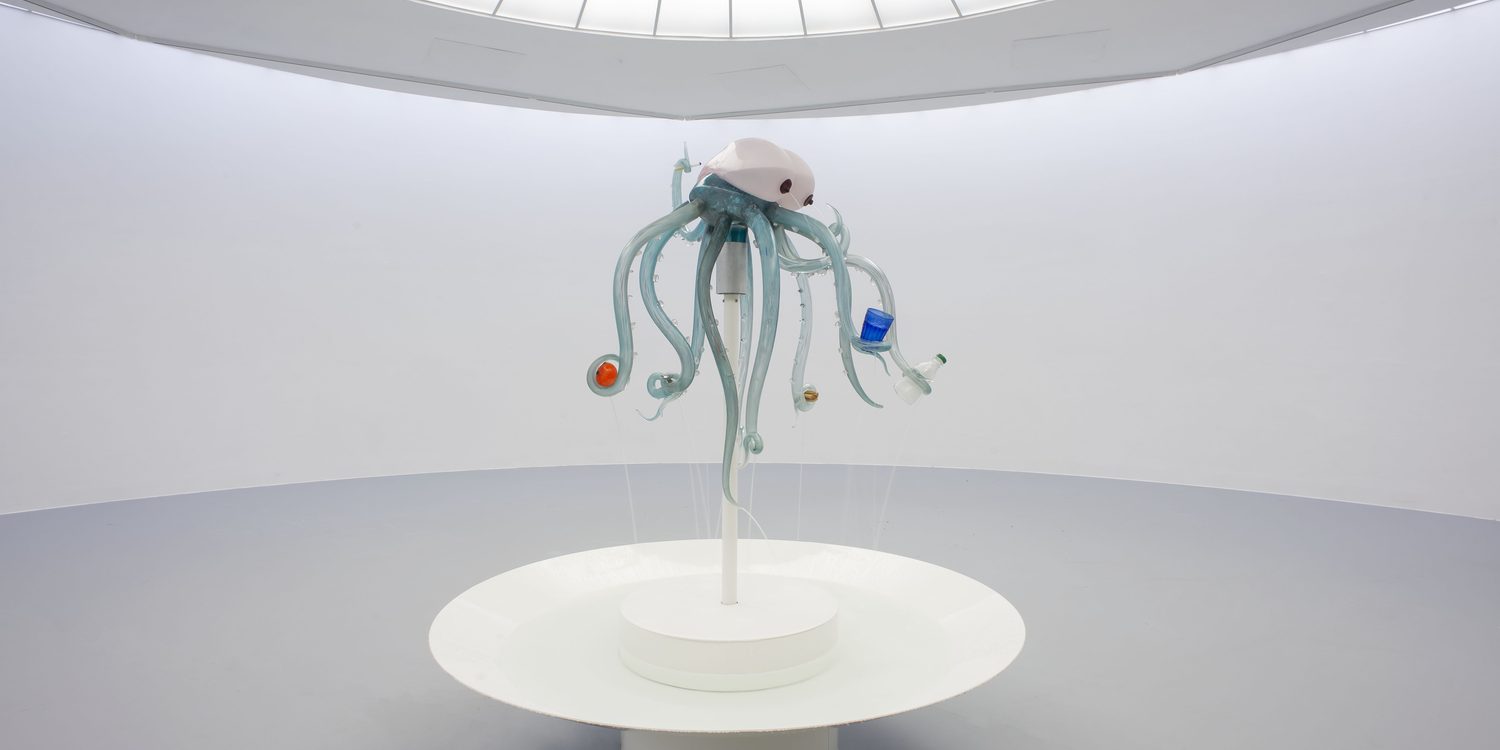 Language – in its broadest sense – permeates the video, sound, installation and performance work of Laure Prouvost. Known for her immersive and mixed-media installations that combine film and installation in humorous and idiosyncratic ways, Prouvost’s work addresses miscommunication and ideas becoming lost in translation. Playing with language as a tool for the imagination, Prouvost is interested in confounding linear narratives and expected associations among words, images and meaning. She combines existing and imagined personal memories with artistic and literary references to create complex film installations that muddy the distinction between fiction and reality. At once seductive and jarring, her approach to filmmaking employs layered storytelling, quick edits, montage and wordplay and is composed of a rich, tactile assortment of images, sounds, spoken and written phrases. The videos are often shown within immersive environments which comprise found objects, sculptures, painting and drawings, signs, furniture and architectural assemblages, that are rendered complicit within the overarching narrative of the installation.