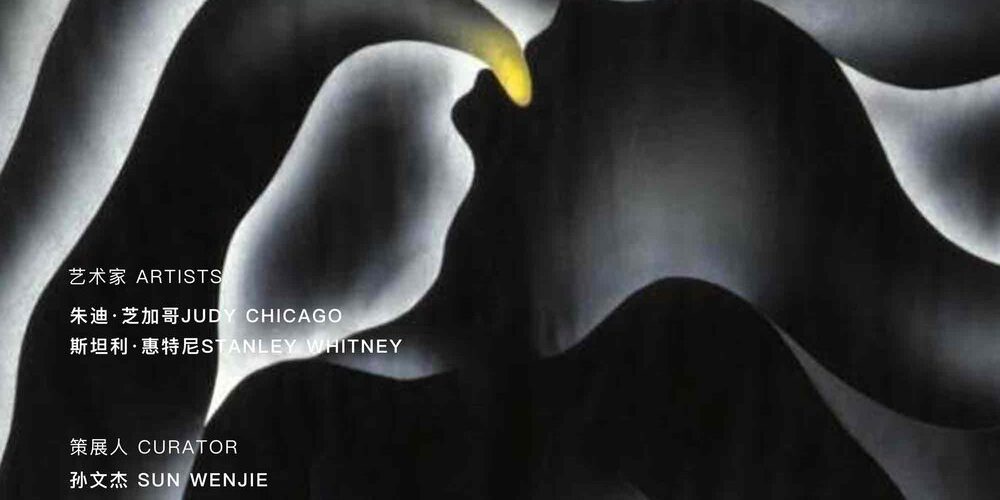 Based on its own collection, Longlati Foundation has joined hands with Judy Chicago and Stanley Whitney to present their seminal works to Chinese audiences. This exhibition is supported by Lisson Gallery and Salon 94 Gallery and is curated by Sun Wenjie.

Chicago and Whitney’s practice critiques the systemic injustices of society around current issues of gender and racial justice. Chicago points to the absence of the female experience in art history, with her EU-22 Earth Birth (1983), a textile work that is representative of her “Birth Project”, emphasizing the visual experience of the image of childbirth. Whitney’s “No to Prison Life” series, a protest against the U.S. judicial system’s promotion of arrest, incarceration, and other forms of imprisonment, is being shown for the first time in China, as is Listening to the Poets (2020), a large scale work that is rare in his career.

Warmest Greetings. I’m Judy Chicago and I only wish that I could be with you in person to celebrate the Foundation’s recent acquisition of my work. And many thanks to David Su and Chen Zihao who are clearly visionary supporters of the arts as is evidenced by their upcoming plans for the rocket and also, the 3-year show of women artists whose work has influenced emerging female Chinese artists.

In this challenging time, I believe that it is more important than ever to maintain global connections and to heal the political rifts that keep us separate. This is a role that art can play as it can educate, inspire and empower viewers.

I have seen this in my own career that now spans almost sixty years. As I look back – as I have been doing in my upcoming autobiography, “The Flowering”, to be published by Thames and Hudson on July 20, 2021 (my birthday) – I have had the opportunity to reflect on all that I have done in my quest to make a contribution to a more equitable world.

In the early 2000s, I did a collaborative project in Lugu Lake, home to one of the only remaining matriarchal societies in the world. I invited almost 35 Chinese women artists to imagine with me ‘what if women ruled the world’? I recently posed that question again for a monumental installation last summer in Paris, supported by Dior in relation to the January couture show by Maria Grazia Chiuri, the first female creative director of Dior. And I’ve teamed up again with Dior by designing 3 “Lady Dior” purses that will be premiered in Shanghai this month. My goal was to imbue fashion, which has often oppressed women, with an empowering meaning.

For the couture show, in 21 monumental banners installed inside the immense body of a goddess figure positioned in the garden of the Rodin Museum, I asked a series of questions that seemed relevant to our challenges today. This is the role of the artist as I see it; to raise questions, even uncomfortable queries, that can help us imagine a better world.

Many thanks to the Longlati Foundation for bringing my art to China. May it lead to many hands joining around the globe to help us move forward as a united world.