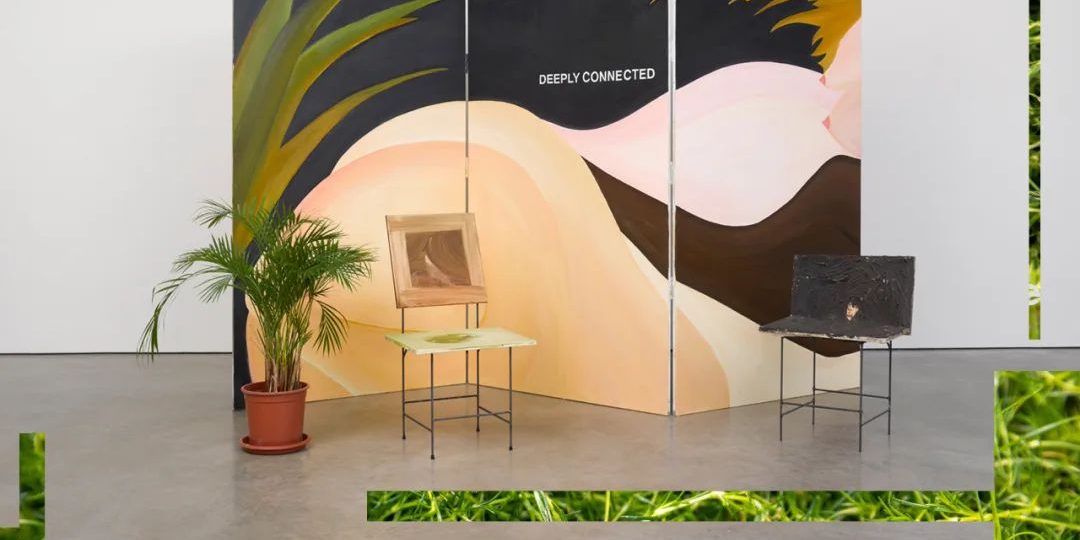 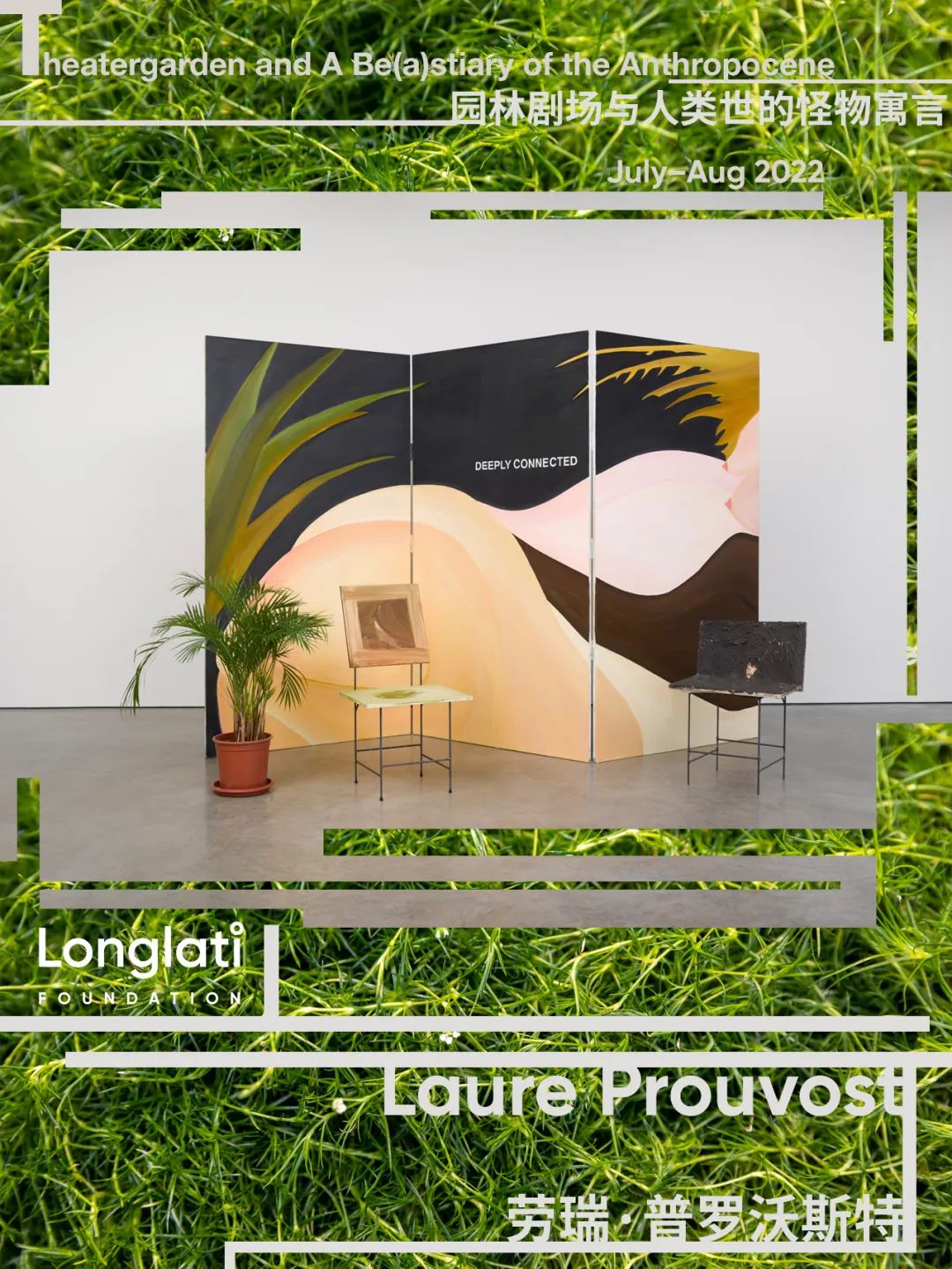 Produced by Longlati Foundation, “Theatergarden and A Be(a)stiary of the Anthropocene” presents its collection of paintings and glass sculptures by Laure Prouvost (b.1978, Lille, France) along with an array of mediums that span installation, hand-woven tapestry and video from the artist’s recent practice. The body of work portrays the disorientation of life-(trans)form in the face of global climate change, while mapping the precariousness of modern language beyond sociopolitical confines. 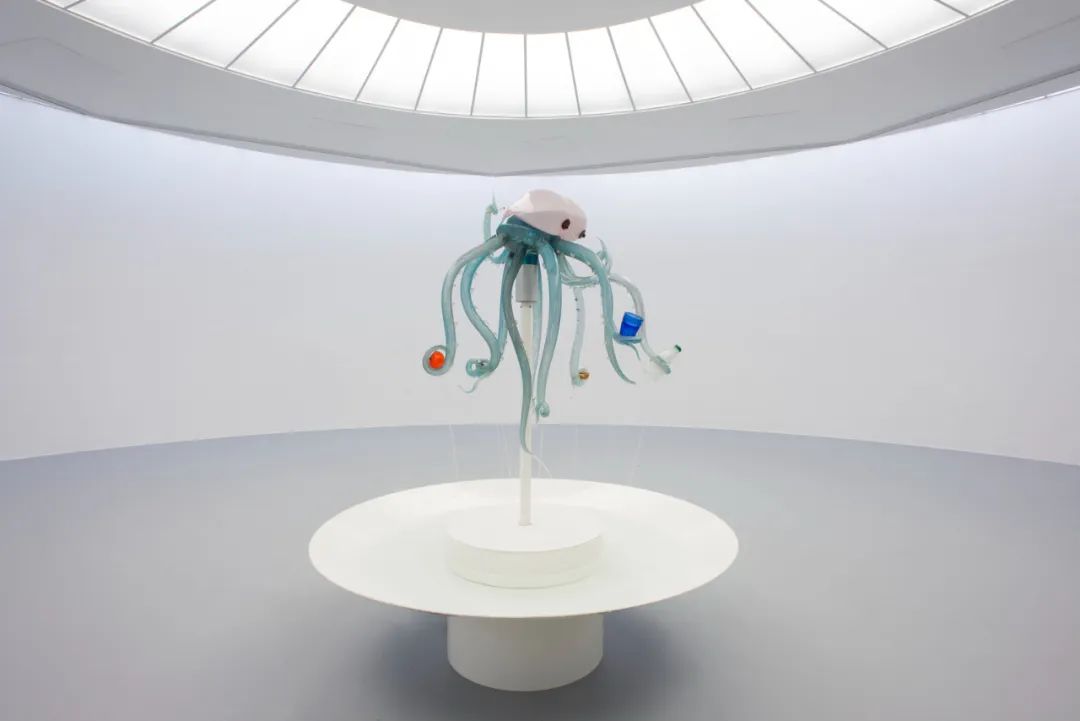 The very title of the display draws inspiration from the groundbreaking exhibition “Theatergarden Bestiarium” organized by Chris Dercon as premiered in 1989 at Institute for Contemporary Art, P.S.1 Museum, New York. Derived from the text “Bestiarium: Theater and Garden of Violence, War and Happiness” by Rüdiger Schöttle, the curatorial adventure harnesses the classical model of Baroque and Rococo garden, and crystallizes more than 10 artists’ ideas into an imaginary field where the natural and the artificial worlds merge. 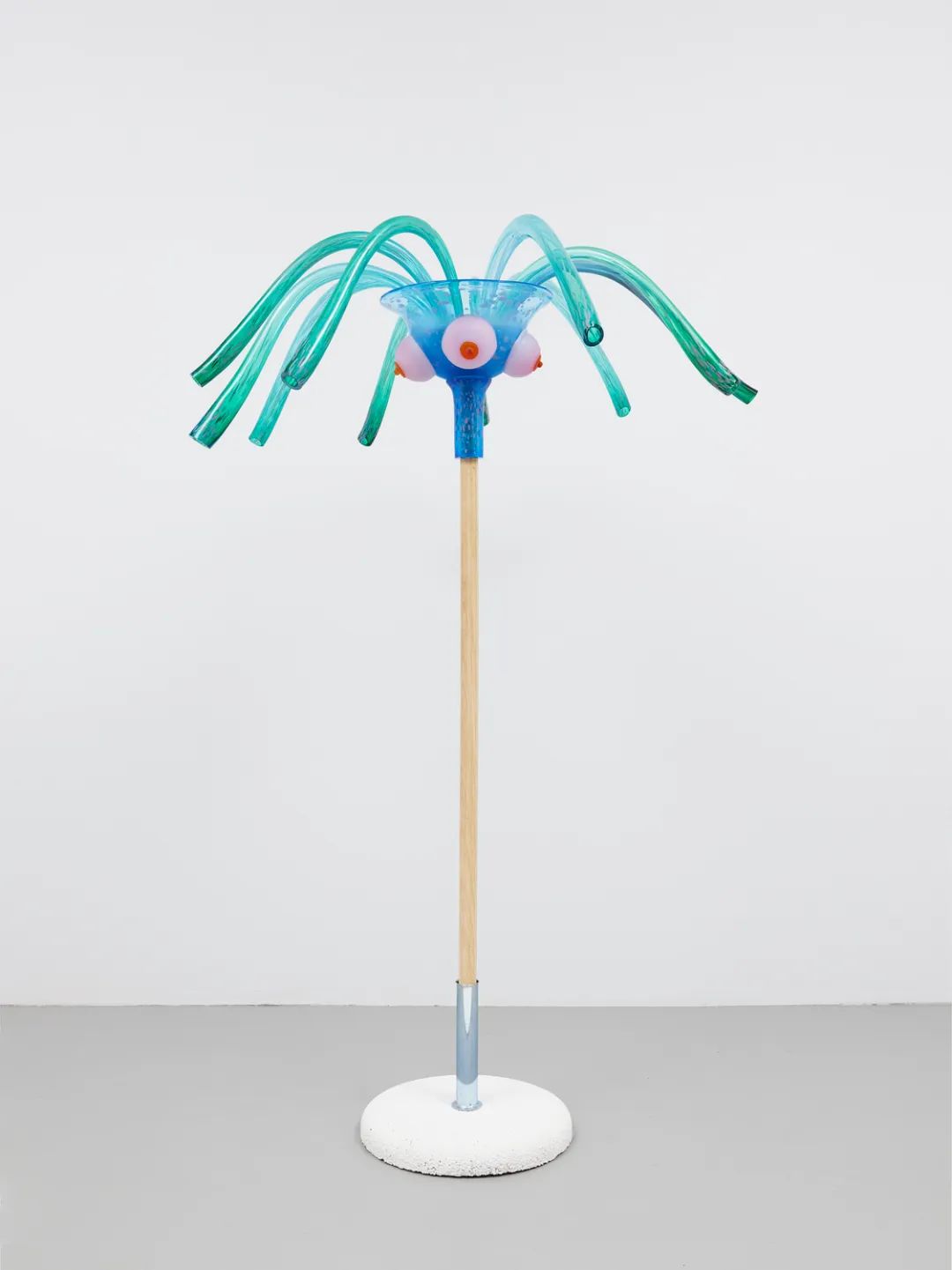 Longlati Foundation seeks to examine the affinities in form and intent across the immersive inheritance throughout the history of exhibition making beyond the generic expansion of the white wall. In this vein, “Theatergarden and A Be(a)stiary of the Anthropocene” investigates the composition of Chinese classical garden and converts the gallery into a conservatory accordingly, thus constituting an existential ground for reconceiving the embodied rhetorics in Prouvost’s oeuvre. Her sculptural assemblage of hybrid creatures intersperses the bedding plants freely and articulates the remnants of preverbal accounts indicated in the rest works, in which shapes of human and non-human apparatuses are displayed in various layers of surreal or quirky embellishment, then carefully configured to incarnate the tension between serenity and cruelty. 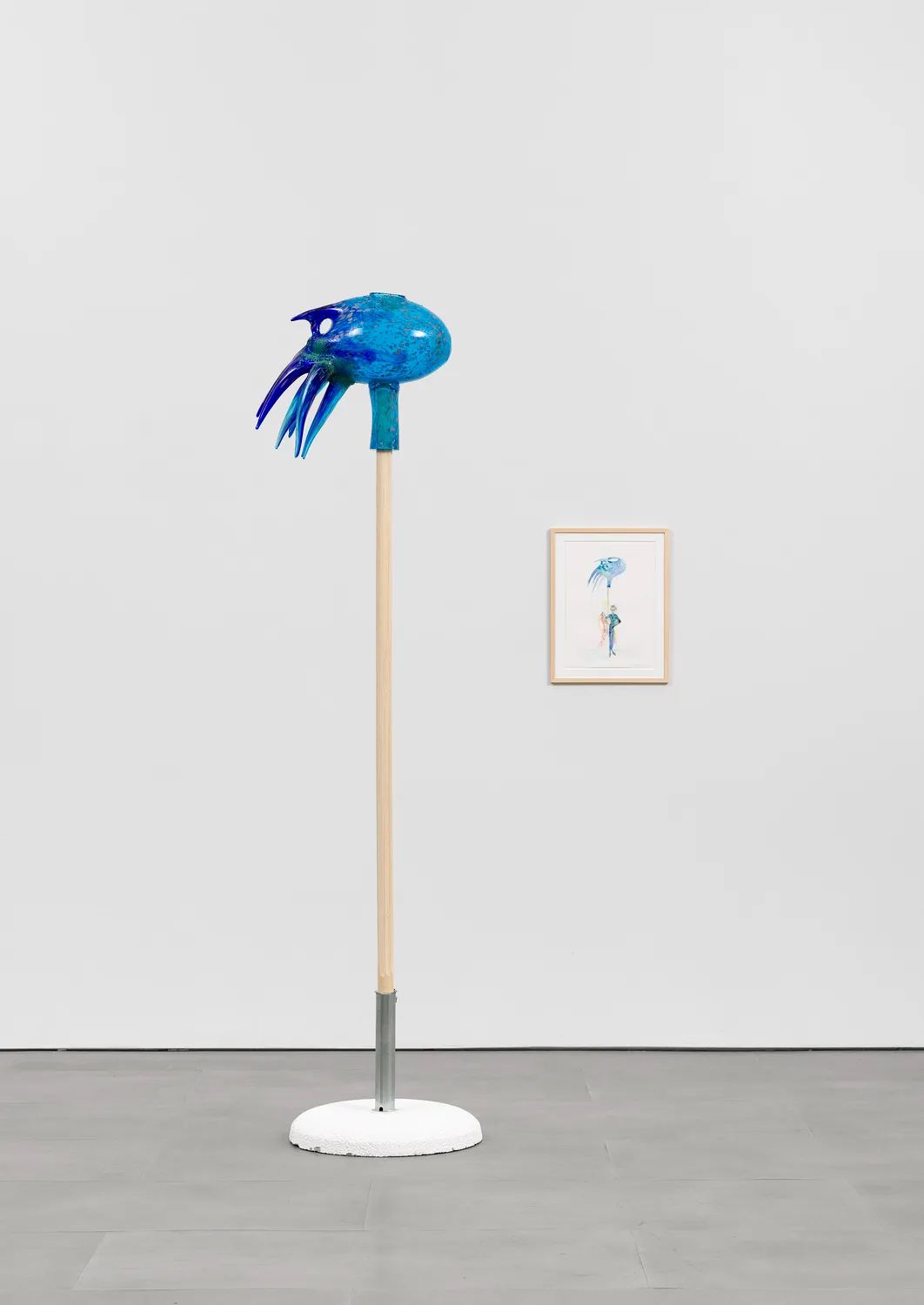 Zygmunt Bauman once applied the term “garden” as a convincing analogue for modern society, which has to be designed and maintained in a shaped form by compulsion. The garden maker is responsible for offering proper solutions for growth and eliminating disruptive influences, in order to “divide vegetation into ‘cultured plants’ to be taken care of.” 1 His theory of a gardening state resonates with today’s anthropocenic conditions and processes where the viscous entities of hyperobjects 2, as proposed by Timothy Morton, including biomutations or novel viruses disobey the rational framing of the established Earth system. In “Theatergarden and A Be(a)stiary of the Anthropocene”, Prouvost questions whether the paradigm of cultivation works as a way out of the upcoming catastrophe or actually it brings up “other” forms of belonging to space, place or landscapes. 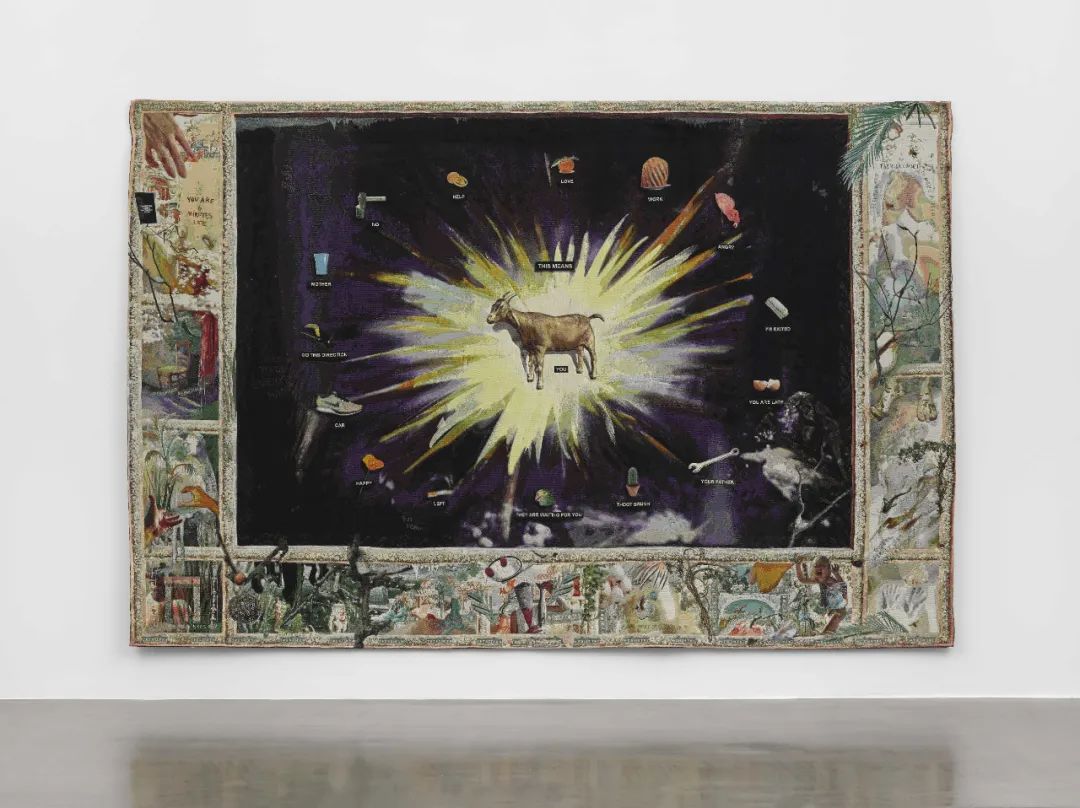 It is worth noting that Prouvost has also developed an alternative ideographic language as a revolting gesture to discourage the learning of words and the associated meanings. It permeates both the naming of her works as well as the parallel use of texts and images. Such a delayed articulation invites the audience to decode and reinterpret their own narratives and histories, while encountering the “nature” in the exhibition. 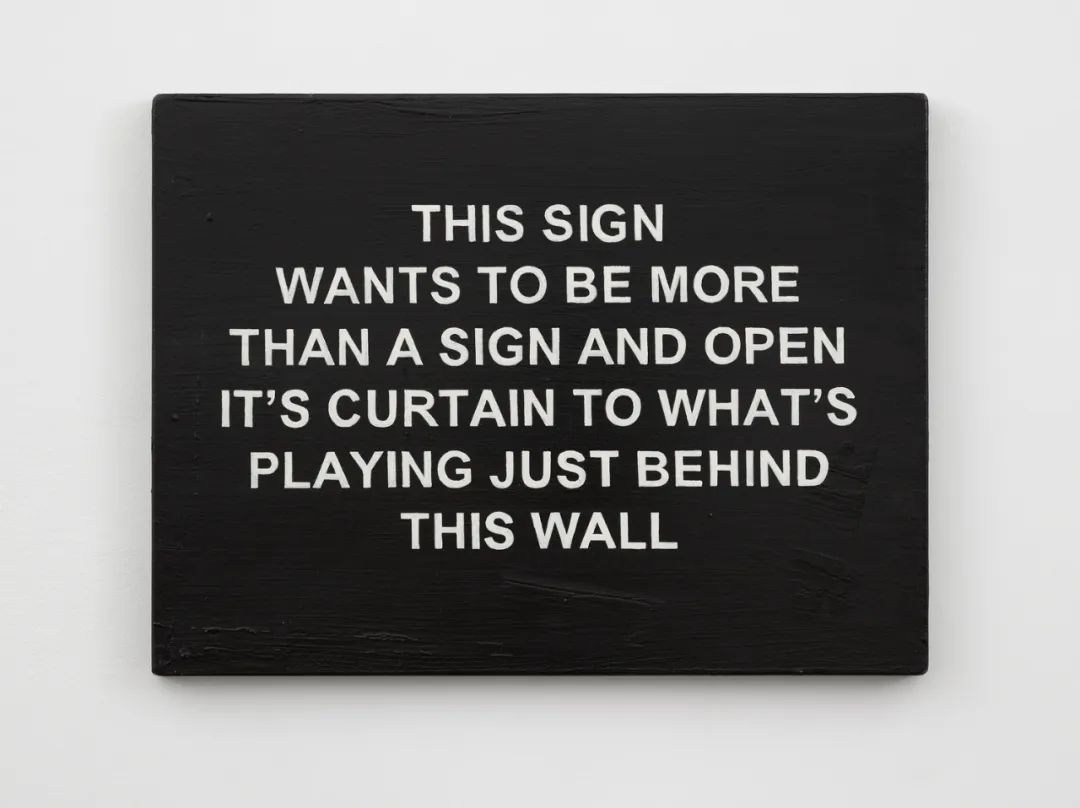 Laure Prouvost, THIS SIGN WANTS TO BE MORE THAN A SIGN AND OPEN IT’S CURTAIN TO WHAT’S PLAYING JUST BEHIND THIS WALL, 2017, oil and varnish on wood, 30 x 40 cm. Col-lection of Longlati Foundation. Image courtesy of the artist and Lisson Gallery

[2] Timothy Morton, Hyperobjects: Philosophy and Ecology After the End of the World. Minneapolis: University of Minnesota Press, 2013.

Special thanks to Lisson Gallery for its support of this exhibition. 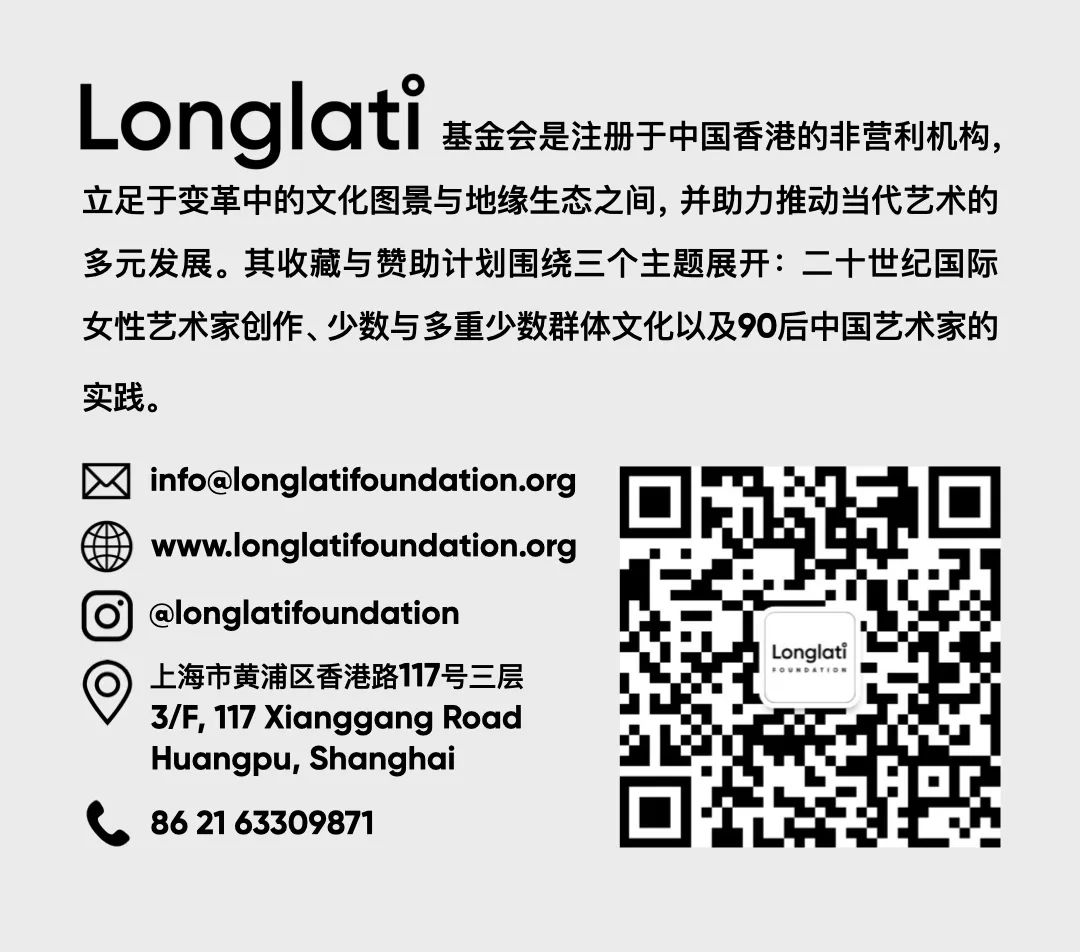