Burning at the Edges 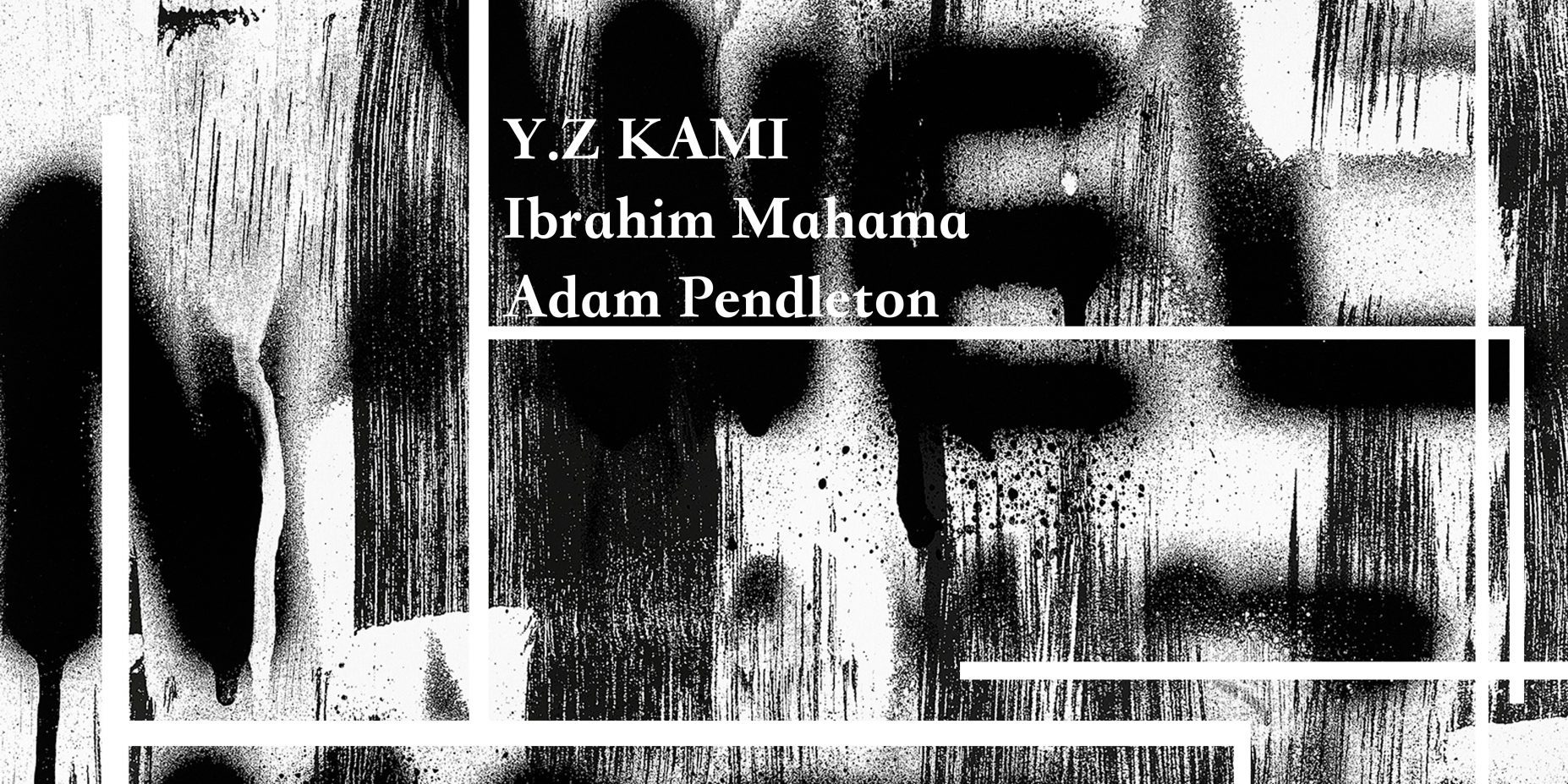 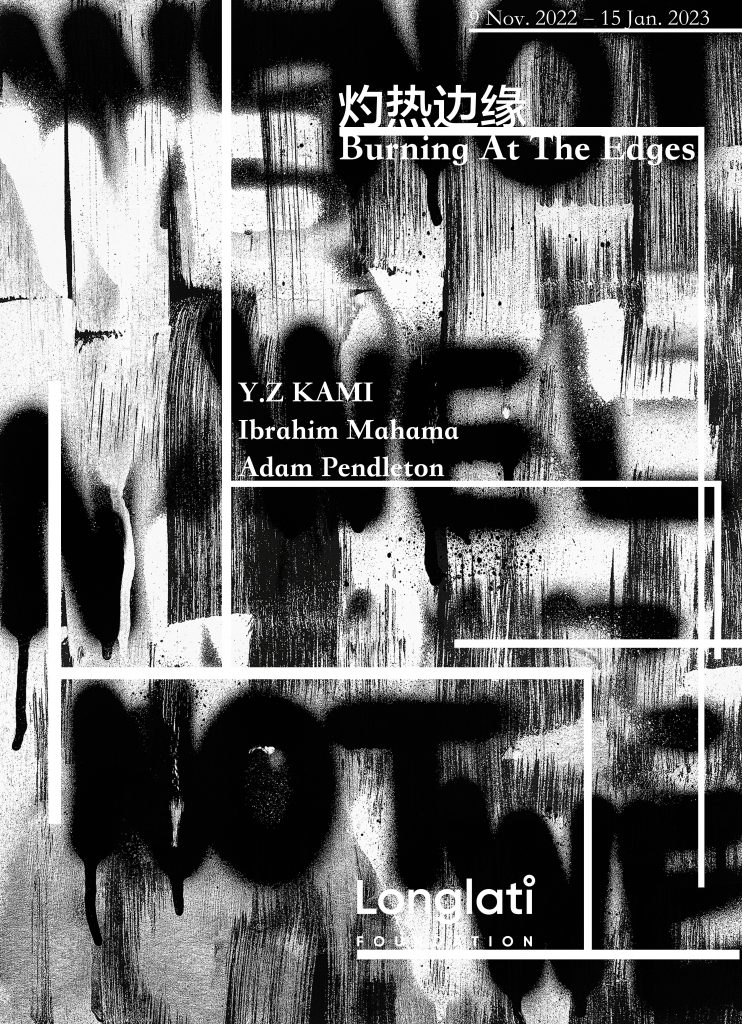 “Burning at the Edges” features a number of large scale works recently acquired by Longlati Foundation in response to the theme of minority and multi-minority cultures, including the “Domes” series Y.Z. Kami’s (b.1956, Tehran, Iran), the jute sack works of Ibrahim Mahama (b. 1987, Tamale, Ghana), the black-and-white paintings by Adam Pendleton (b. 1984, Richmond, Virginia, United States).  The exhibition will explore how these three artists transform sacred architecture, globalized commodities, propaganda and graffiti texts, while exploring the meaning of fluid identities and the inherent conflicts within. The exhibition is produced by Longlati Foundation.

Y.Z. Kami’s “Dome” series continues his past exploration of geometric shapes and outlines paths in various diffusion patterns. The three pieces in Longlati’s collection exemplify Kami’s research and study of geometry: the images diffuse as they travel further from the axes they revolve around. Using visual experiences, Kami puts gradient mosaics into concentric circles, referencing domes commonly associated with places of worship. The artist approaches architecture and geometry through art and faith; with spiritual practices such as “repetition” and “sensory experience of light,” Kami reaches for the viewer’s meditative world. 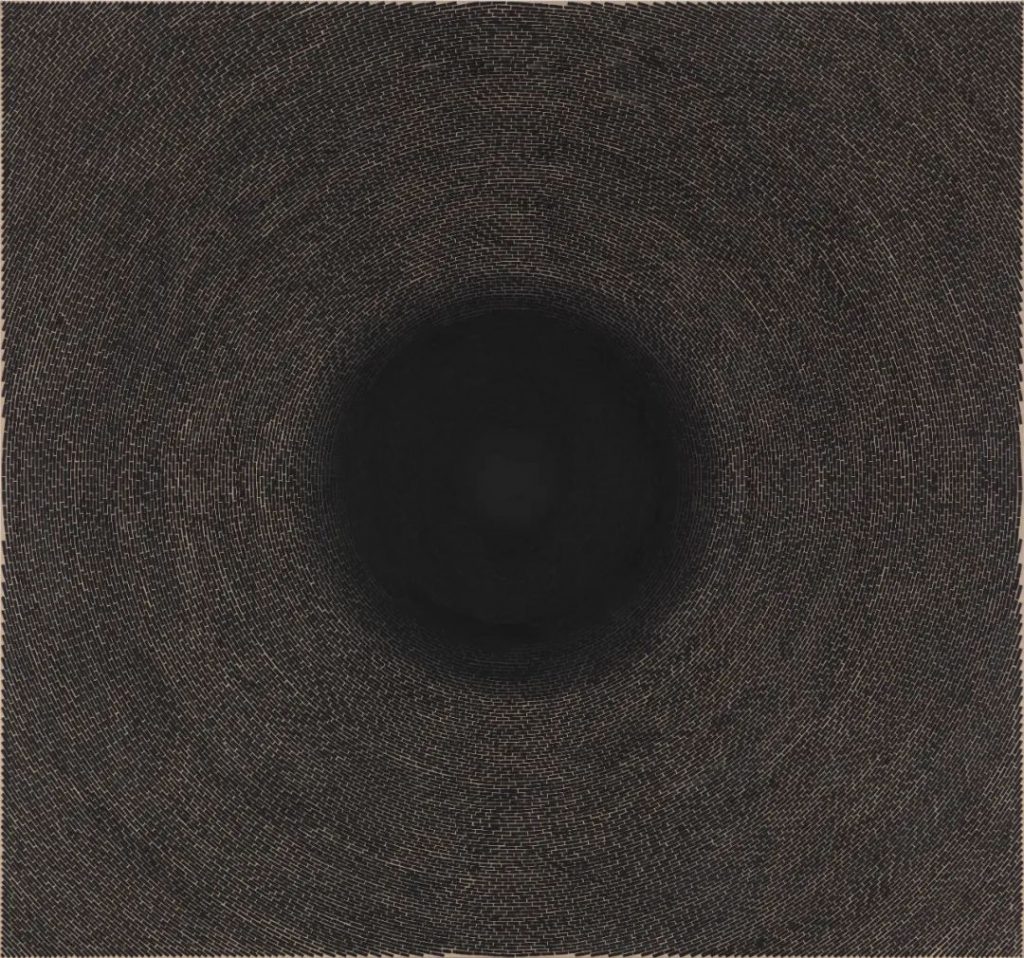 Similarly, Ibrahim Mahama takes his investigation into the realms of art and architecture. His diligent observation of urban and traditional architecture, painting as a medium, and their commonality has led him to the jute sack as a significant material. With it, Mahama not only m manages to produce stunning visuals but also communicates a sense of contraction between the material choice and alternative behavior. The jute sack symbolizes the free market and Ghanian Independence for its visible role in the global coffee trade. In a way, Mahama’s practice is a product of pertinent existential problems among the economy, production, nostalgia, and industry. 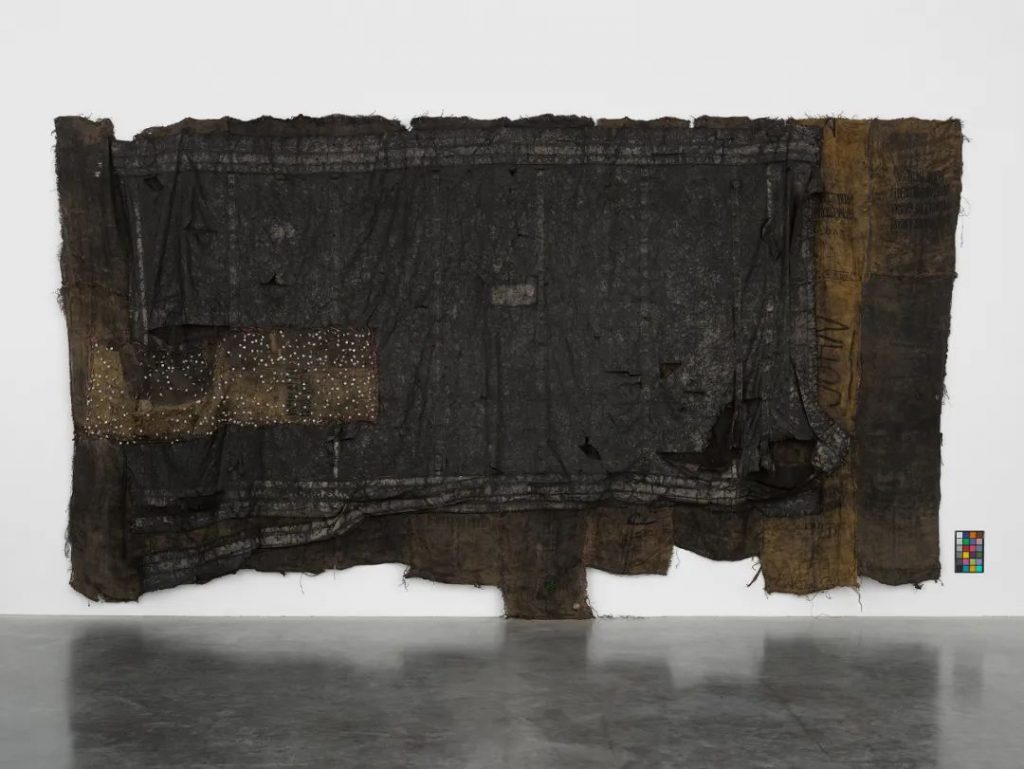 In “Other Criteria: Confrontations with Twentieth-Century Art,” Leo Steinberg wrote: “There is another feature in contemporary abstract art which ties it to the world of sense and separates it from all anti-naturalistic styles of the past— its boundless freedom of selection from natural sights.” 1 The quote speaks to the black-and-white prints of Adam Pendleton. The artist explores black monochromatic abstract art, deconstructs historical texts through abstraction, and tells stories in non-narratives. In his work, Pendleton stretches the potential interpretations of the environmental actors to the maximum; his black Dadaist expression, in turn, makes the work more ambitious. In terms of creative materials and formal and textual language, Pendleton’s body of work is a self-interpreted whisper of historical insight.

Adam Pendleton, The Now I Am/But Now I Am, 2020, silkscreen ink on mylar, installation dimensions variable thirty (30) parts, each: 96.5 x 73.7 cm. Collection of Longlati Foundation. Image courtesy of the artist and David Kordansky

“Burning at the Edges” presents a series of works by these three artists in Longlat’s collection. They reflect the Foundation’s established collect philosophy to explore and uplift the practices of artists of marginalized identities and serve as a humble contributor to the globalized vision of art. 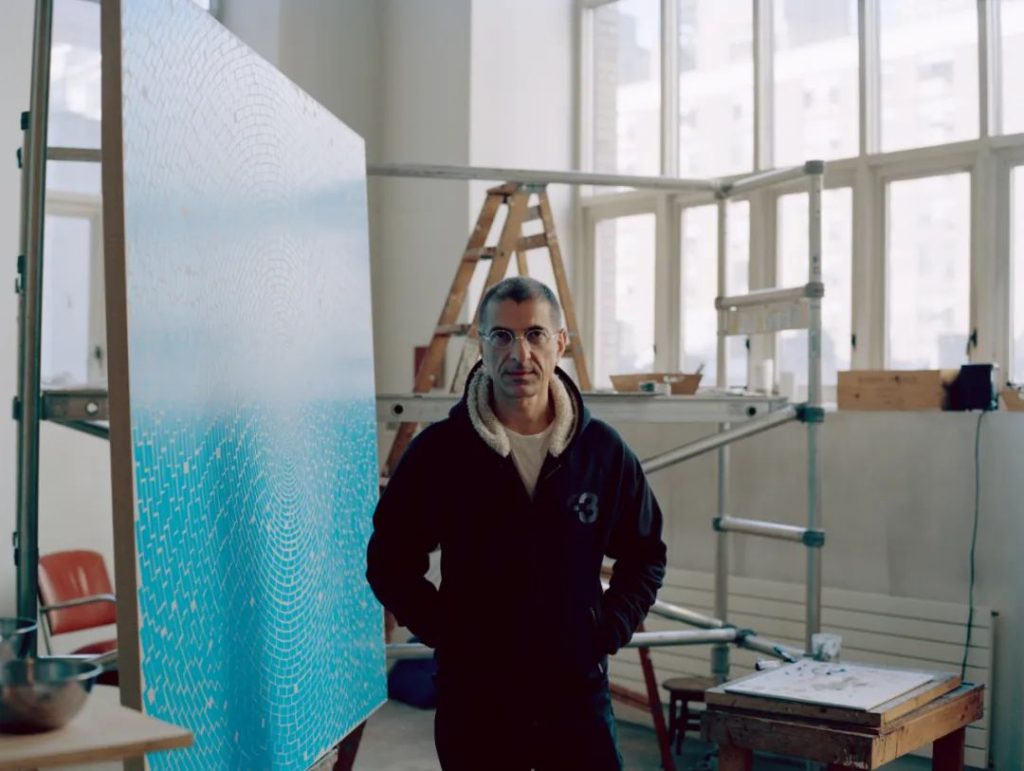 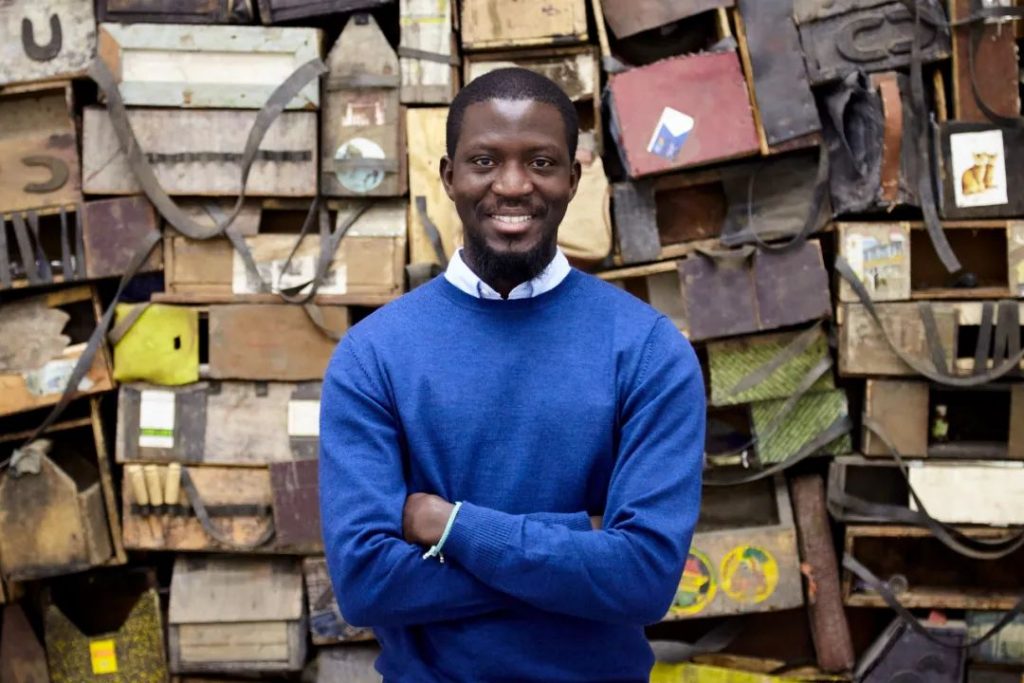 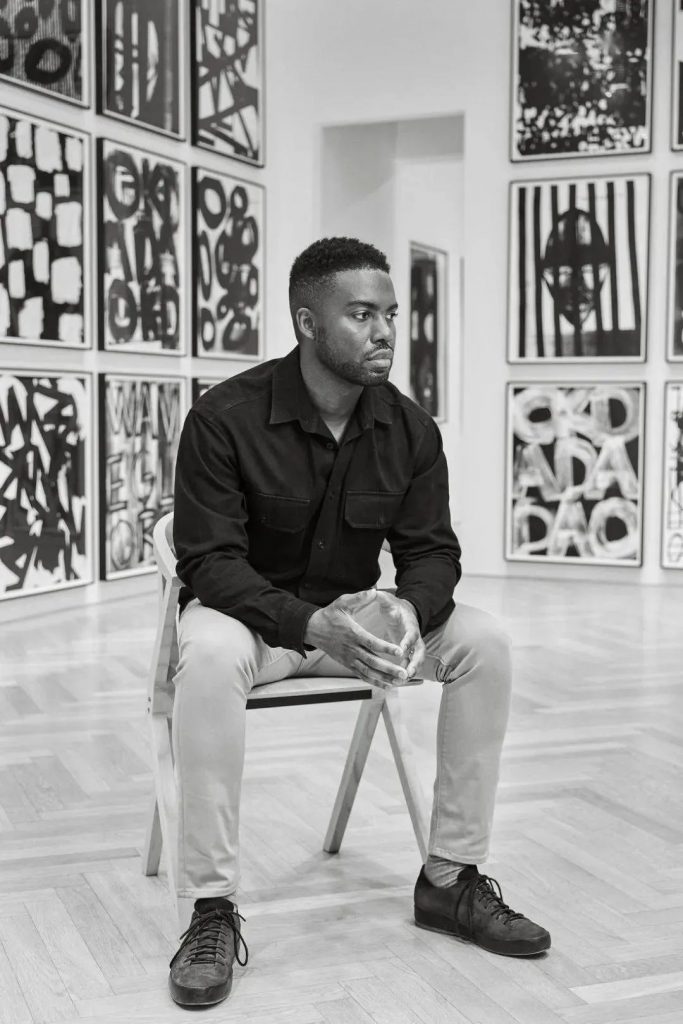 Special thanks to Gagosian、White Cube、David Kordansky for their support of this exhibition. 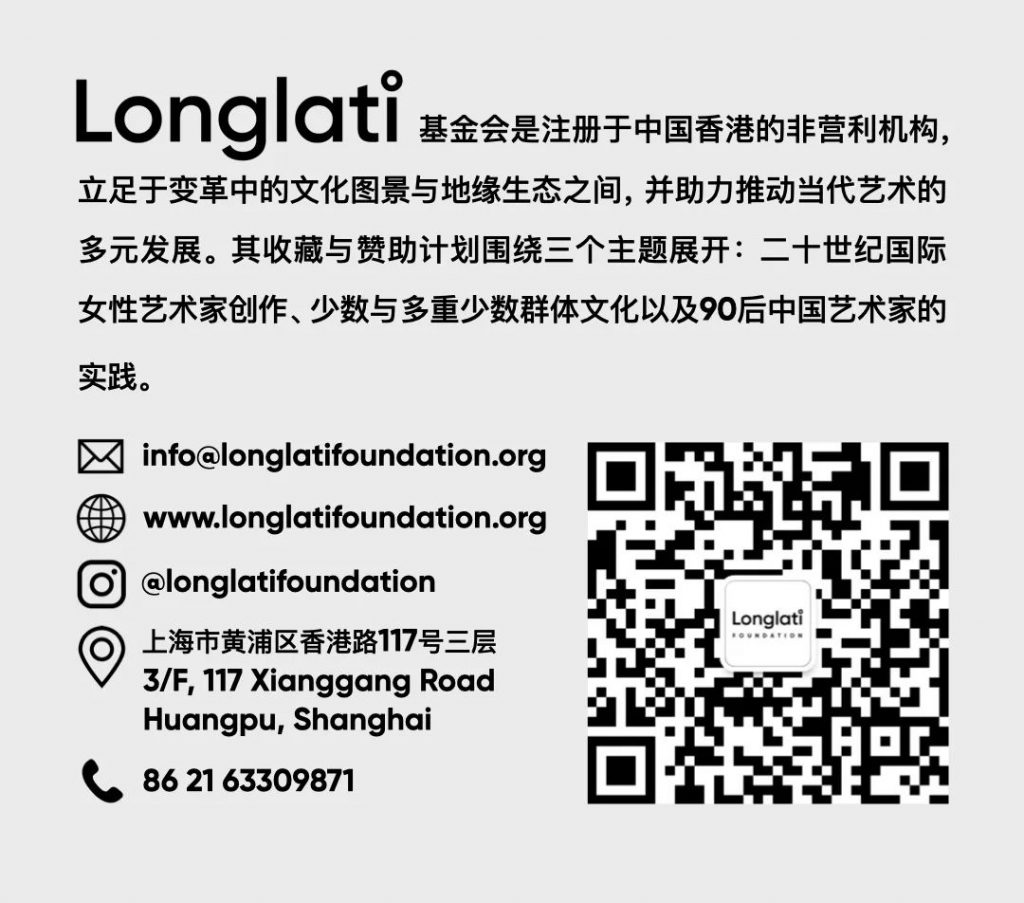